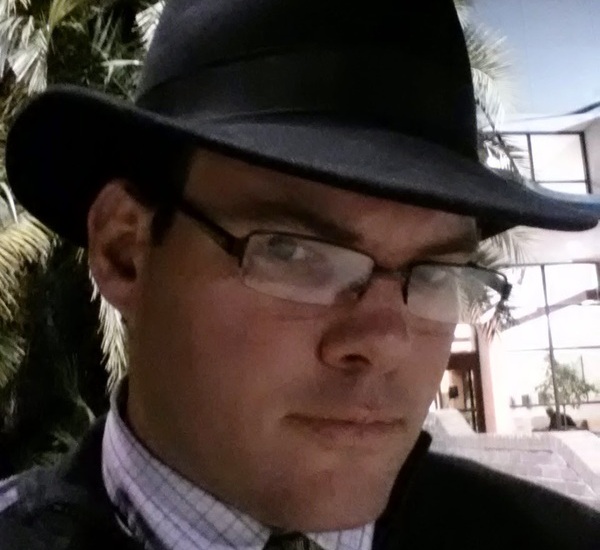 If you read my post from earlier this week, you know that my recent writing of persona poetry has caused me to think more closely about some of the identities I’ve adopted over the years. Today I’m taking a look at another one — the stereotypical professor.

There was a time in my academic career that I believed I had to fit a certain mold (and a pretty old one at that): the sweater-wearing, overtly studious, and incredibly stodgy pedagogue. You know the type — that old, bald white guy who has breathed too deeply the rarefied air of higher education too long and is now utterly disconnected from average reality. Let’s call him Professor Highenmighty.

A far cry from “Bubba” of last post’s fame, this guy was so deeply impressed by his own credentials that he conducted class as if he were Socrates and Jesus rolled into one. Listen up, mere peons, for the fount of all knowledge is about to spew forth. Have you not noticed my scholarly looking attire? Have you not observed my air of sophisticated erudition? You should.

Granted, I’d done pretty well for myself. Not everyone from my humble beginnings secures two graduate-level degrees, publishes books of poetry, or wins hoity-toity literary awards. Still, I had no real justification for becoming Professor Highenmighty — I had just fulfilled the potential that people nearest me knew I had all along, and what’s more, I had done so later than I should have. Nonetheless, here I was — Mister Intellectual, ready to look indifferently down my nose at lesser mortals, and that meant just about everybody in my usual sphere. What an ass.

What got rid of Professor Highenmighty? As is usually the case, an encounter with someone (or several someones) smarter. Comeuppance is usually the cure for excessive ego, and this time was no different:

My day job was teaching impressively gifted kids in high school the various facets of creative writing. These students were smarter, more talented, and more motivated than I ever could have been at their age. I was stunned by their intelligence, and their regular demonstrations of innovation and originality were a reminder of the shiftless sloth I’d been. When I was their age, I had specialized in invisibility. In contrast, they put their brilliance on display daily, secure in their giftedness and their place as young artists. Some of their poise was certainly artificial, but still, their native ability was undeniable. Outsmarted by teenagers, Professor Highenmighty quickly became a thing of the past. Humility, thy name is youth.

If this were a fable or a folk tale, I suppose a moral or a lesson would go here at the end. Like all accomplishments, degrees gather dust. After a while, they’re taken for granted, and it’s perfectly possible to become an educated idiot. Maya Angelou is quoted as having said, “Nobody cares how much you know until they know how much you care.” I think that’s a good line to take away from this post. As I prepare for the next stage in my career and learning, I’ll do my best to keep Professor Highenmighty extinct. After all, there’s always somebody smarter.