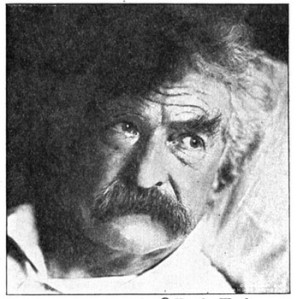 A week or so ago, I began contemplating using a pen name for manuscript submission. This move, I thought, would follow in a great literary tradition of authors whose work I admire. In consulting with my mentor through UT’s MFA program, however, several points were raised that I felt bore repeating here:

1. Using a pen name could mean that people won’t identify “the real you” with your work. That is, your persona or pseudonym receives the credit. Much like the ventriloquist plagued by the reputation of his puppet, authors too sometimes become overshadowed by the power of their pen name.

2. A pen name can serve as a hiding spot or a shield. Some people may consider this a good thing, but in the end, pen names can sometimes cause writers to avoid accountability for their words by blaming this “imaginary friend” of sorts. Comfort and liberation can come from this idea, of course, but at what price?

3. When people go into the bookstore, do you want them looking for work by (your name here), or do you want them seeking words by this moniker? True, you and your pseudonym may be one and the same, but there’s always that lurking barrier that arises through the use of another identity. In this society where we value openness and sincerity, pen names impart a certain shade or veil that readers today don’t necessarily enjoy.

In the end, of course, I decided against my proposed pen name. It was, at best, a passing fancy, and one best left in the annals of my writing history. If some day I decide to change course, I’ll probably take the Nora Roberts route: Let people get to know “the real me” first, then later write under an assumed name that everyone knows is mine in the first place. For the time being, I’m just me. As common and as average as my name is, it’s still mine.

2 thoughts on “Pen Names and Identity”