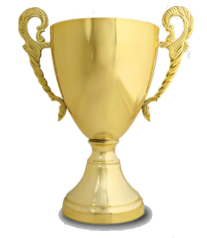 It’s that time of year again: Editors and publishers are nominating works from their magazines and bookshelves for a broad range of laurels. Most notably at this time of year, writers receive word of Pushcart Prize nominations. As a younger writer, I used to get all tingly when those nominations arrived by email — kindly journal editors who liked my work sent it on to that mystical committee that views thousands of submissions every year from literary journals all over. I am still honored to have my work nominated for the Pushcart (as it was again this year), but in speaking with mentors and writer-friends of mine, I’ve come to understand something: Poets “worth their salt” are nominated for the Pushcart almost annually. Venerated veterans of poetry take such nominations for granted, apparently, even though those of us who are still “emerging” think them a big deal. So, I’ve learned to cool my jets a little. Once my work is actually included in the honorable Pushcart anthology, I’ll certainly add that detail to my author’s bio. But for now, I suppose I should join the ranks of my fellow authors who see nominations as a nice thought, a kind gesture, but ultimately, little more than a tip of the hat toward one’s work.

I’ve learned also that the awards one reads about in other writers’ portfolios aren’t always as glamorous as they seem (take note, young writers). Certain awards may open some doors, they may add something to one’s CV, but outside the literary community, they don’t amount to a hill of beans. Robert Frost was a fan of the old saw “Fine words butter no parsnips,” and I suppose in the world of literary awards, a similar thought exists — shiny trophies, parchment certificates, and faux-wood plaques don’t make you a writer any more than a fancy hat does.

Recently a publisher friend of mine let me know that my book has been nominated for a couple of other awards, as well. If I win, it will be a wonderful experience, and I’m trying hard not to get my hopes up too much prior to the announcements. These awards are entered by many of my most respected fellow writers and their publishers, as well. To even enter the field is an honor unto itself. The danger, of course, in winning awards is the temptation toward stasis — many a great writer, after earning the Pulitzer or the National Book Award, has lain down his pen. The award was an end rather than a milepost on the journey. Writers, as awards season enters full swing, the temptation is great to see pinnacles where only plateaus exist. Gilded honors are stations on the path, not summits to be conquered. Let us be grateful and humbled, but let’s not be complacent. There’s writing yet to do. Stick that award on the shelf or on your book cover, and let’s keep going.